Downstream from the suspended Pascua-Lama mine, in Chile’s Atacama Region (Credit: Alturas Oceanicas)

The lure of precious metals and other natural resources has long been a source of conflict in Latin America, from the Andes to the Amazon and most everywhere else.  But new research has begun to put a price tag on this conflict, and investors have started to respond. When the lives and livelihoods of Indigenous Peoples are uprooted by large-scale mining developments, their opposition is driving up the cost of these developments, a point that is finally starting to get noticed in corporate financial statements.

This is the focus of my latest post for National Geographic; to read more please visit: http://newswatch.nationalgeographic.com/2014/05/27/a-bottom-line-focus/ 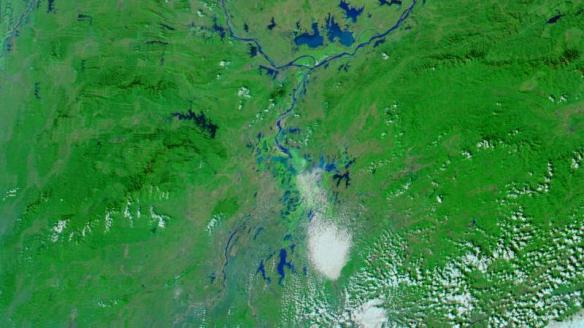 The troubles of Poyang Lake, China’s largest freshwater lake, are getting drowned out by the clamor generated by the superstorms Typhoon Haiyan and Cyclone Phailin. A crisis is still a crisis, however, even if it is not punctuated by 150mph winds and catastrophic flooding.

The problem is, Poyang’s waters are receding earlier in the season now.  The local government reported that the lake now enters its dry season more than seven weeks earlier than it did in the second half of the 20th century. The region receives 60 percent less precipitation, and the lake’s water level is reaching a historic low. More than a million people have suffered drinking water shortages as a result this autumn, and the lake’s fishing industry has literally been grounded.

Poyang Lake is the focus of my latest post for National Geographic; to read more please visit: http://on.natgeo.com/19IZ8RG. 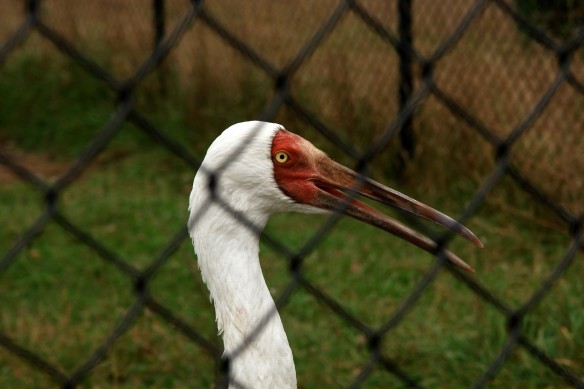 The airplane passenger of the month for October was an unusual breed of traveler, one who gratefully received first-class airfare even though the ticket sent him more than 2,000 km out of his way. He was trying to head south for the winter, got lost along the way, and has ended up with winter accommodations near Moscow—not quite the ideal warm-weather destination.

But this is no ordinary traveler. He and five of his pals tried this trip last year as well, and received an escort from the President of Russia, who was flying an ultralight plane of all things!

The passenger’s name is Raven, even though he is a Siberian Crane. His species is the focus of my latest post for National Geographic; to read more please visit: http://on.natgeo.com/1foj1Tm 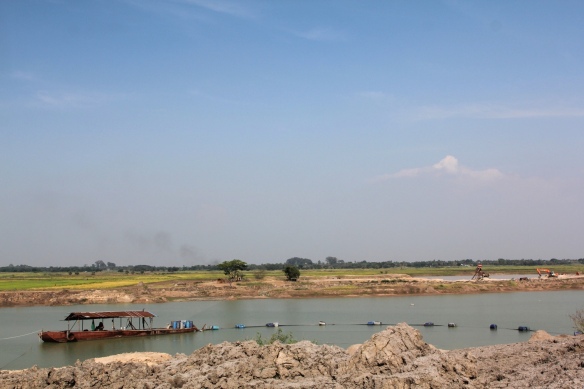 Last year’s record flooding in the Chao Phraya River’s watershed caused $40 billion in damages and left one third of Thailand—including parts of Bangkok, the capital and largest city—underwater for weeks. The prolonged media coverage, however, completely drowned out most recollections of the record drought that the country experienced in 2010.

For Thailand, managing the agricultural challenges presented by climate change means planning to handle both too much water and too little. One solution, Managed Aquifer Recharge (MAR), sets aside land in upstream areas of major rivers to “capture” floodwater and direct it into natural underground aquifers. With fully “charged” aquifers, farmers could then maintain rice yields during dry spells.

Matthew McCartney, principal researcher for the International Water Management Institute, and Theerasak Tangsutthinon of Thailand’s Department of Groundwater Resources led a tour of a MAR project 50km north of Bangkok that showed both the potential of this solution as well as the challenges it brings.

This was the subject of a slide show featuring my photos that I created for the CGIAR Research Program on Climate Change, Agriculture and Food Security (CCAFS).  I also secured coverage of the tour with the Christian Science Monitor and National Geographic.